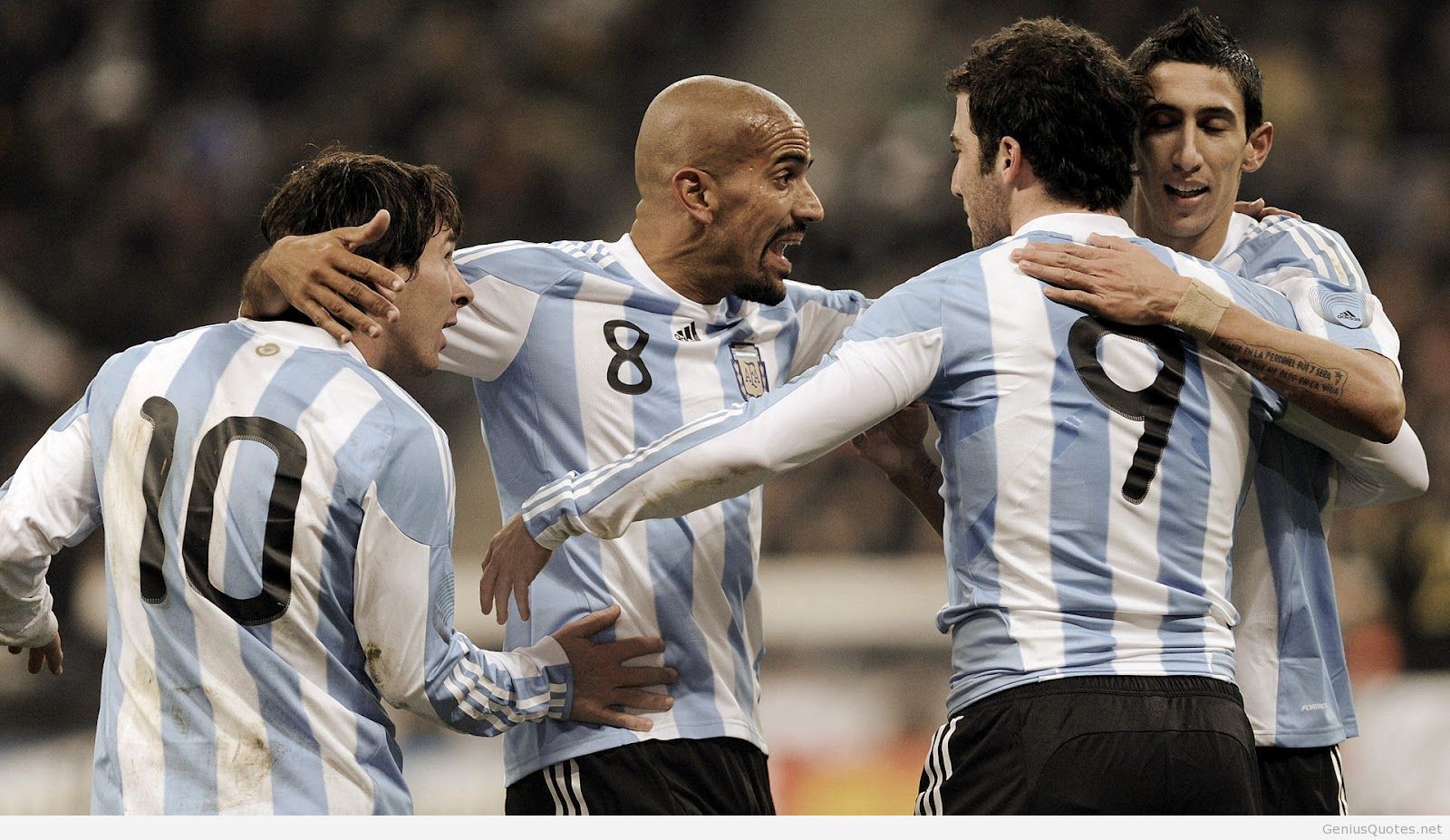 Have you ever gotten involved in a project that seemed to be overwhelming?  Did you try to carry the burden of another employee only to find yourself overwhelmed with the task?  Moses was found guilty of that when he led the Israelite people out of Egypt.  I can relate to this because I was and still am certainly the same way.  Moses would settle the disputes among the Israelite people all day long.

First, this was very time consuming and because of this, he could not his other leadership goals.  Second, it took his energy to settle these disputes.  There was always someone who was unhappy with is ruling and surely, they made it known.  It took his father-in-law to say something to him about it.

“The next day, Moses took his seat to hear the people’s disputes against each other. They waited before him from morning till evening. When Moses’ father-in-law saw all that Moses was doing for the people, he asked, “What are you really accomplishing here? Why are you trying to do all this alone while everyone stands around you from morning till evening?” Moses replied, “Because the people come to me to get a ruling from God. When a dispute arises, they come to me, and I am the one who settles the case between the quarreling parties. I inform the people of God’s decrees and give them his instructions.”  Exodus 18:13-17 NLT

Moses had the right heart.  He wanted to carry everyone’s load and help them.  The only problem was when he did carry their loads he couldn’t carry his own.  He was on the brink of utter disaster, not only in his ministry but in his personal life.   We are not built to carry a load of other people on our own.

In Galatians 6:2, Paul wrote to the Galatians that they were to “carry each other’s burdens, and in this way, you will fulfill the law of Christ” (NIV).  We are built to help one another out, absolutely, but we are not built to carry the load alone.  Often in scripture, God refers to the multitude in servanthood.  Over the past year, I have found in leadership, that I cannot carry the weight of our load on my own.  With the help of my wife and the great team that we serve, I am able to delegate and walk with a lighter load.

“This is not good!” Moses’ father-in-law exclaimed. “You’re going to wear yourself out—and the people, too. This job is too heavy a burden for you to handle all by yourself. Now listen to me, and let me give you a word of advice, and may God be with you. You should continue to be the people’s representative before God, bringing their disputes to him. Teach them God’s decrees, and give them his instructions. Show them how to conduct their lives. But select from all the people some capable, honest men who fear God and hate bribes. Appoint them as leaders over groups of one thousand, one hundred, fifty, and ten. They should always be available to solve the people’s common disputes, but have them bring the major cases to you. Let the leaders decide the smaller matters themselves. They will help you carry the load, making the task easier for you. If you follow this advice, and if God commands you to do so, then you will be able to endure the pressures, and all these people will go home in peace.” Exodus 18:18-23

Moses’ father-in-law saw could sense that his son-in-law was getting burned out.  Could you imagine carrying the weight of the world, our nation, on your own back all alone?  This is why so many people cave under pressure. This is why pastors quit serving.  This is why single moms are overwhelmed.   God made the law of two.  In Matthew, Jesus said, “When two or more are gathered in my name, so am I there.”  When God created man and woman, it was a law He made because either one did not have the capability of living life on their own.  Perhaps, He also did this so that we would rely more on Him making it more than one.  The power of more than one is extreme.  So many leaders crack under this law because they don’t have the team surrounding them to give them the help that they need.  You are not a one-man show. Let me just make that clear.

Early on in ministry, I set things up to do alone and found myself constantly frustrated. I always seemed one step ahead but would fall two steps back.  It was when I conducted an “Experience It” session, which was our mobile coffee shop experience, in 2010 at a men’s conference that brought this to my attention.  We were asked to close our eyes and listen to what God was telling us.  Not just listen but to visualize what He was saying to us.  I had a vision of an outlet that was uncovered and a plug lying on the floor beside it.  I thought it strange that God would put that in my spirit.  Later on, I asked Him to elaborate.  In my spirit, I heard His voice say, “this is a season of connections and you are not connected.”  It jolted me.  This was a wake-up call for me. It was time to surround myself with people who could make this vision happen and to begin to create a team that would make a major impact.  I needed connections!  I could not create this ministry or business on the account of doing it alone.

A year or so later, when I started writing “Visual Impairment”, I sought out men and women who could add value to the book.  I sought people who could give me advice, counsel, encouragement, and support.  I valued their opinion and their heart.  In Psalms 1:1, David wrote that “blessed is the man who does not walk in the counsel of the wicked or stand in the way of sinners or sit in the seat of mockers.  But his delight is in the law of the Lord, and on his law, he meditates day and night.”

We need that righteous counsel.  God gives us the warning to be careful of what we hear and who we counsel with.  We are to use wisdom (James 1:5).  There will be times when God will use someone to give you a great idea.  I had this happen while working on “The Chipped Mug, a coffee house that my wife and I own.  It was founded by a dream that I had but the essential part of how it exists is a community.  Without the power of the multitude, The Chipped Mug doesn’t exist.  But there would be counsel that did not align with the Word of God on how to run our business.  Politely, I would decline the advice.  However, when there was godly wisdom, I felt the need to take it.

Moses would heed to what his father-in-law said and from that point forward, he handled the major issues and left the minor issues to his delegation.  Moses had formed a dream team around him.  Much like Moses, Jesus formed a similar team around him while He was in ministry.  These men and women would care for the ministry, prepare, take the finances and delegate, and help in making crucial decisions while Jesus would minister.  Jesus could have impacted the places He went to simply by visiting them.  But it was Jesus’ dream team who carried the gospel of Christ all around the world. Sure, there were those that failed him at times.  But in the end, the goal was accomplished; “Therefore, go and make disciples of all the nations, baptizing them in the name of the Father and the Son and the Holy Spirit.” Matthew 28:19 To sum it up, I would like to quote John Maxwell from his book The 21 Irrefutable Laws of Leadership, “When we see any incredibly gifted person, it’s always tempting to believe that the talent alone made him successful.  To think that is to buy into a lie.  Nobody does anything great alone.  Leaders do not succeed alone.  A leader’s potential is determined by those closest to him.  What makes the difference is the leader’s inner circle.”  (Pg 127) There are no self-made men, only God made teams!

When forming yourself as a leader, what do you want others to see in you?

“God, mold and shape me to my full leadership potential.” – Bill Hybels

When forming your team, look for the three C’s:  Character, Competence, and Chemistry.

Competence-Doesn’t always have a Ph.D. at the end of their name.

When forming your team, take the basin/towel concept. You are not over your team.  You work with your team to accomplish a more efficient goal.

What am I personally looking for in a dream team?